Learning from the ECO-ISLANDS conference 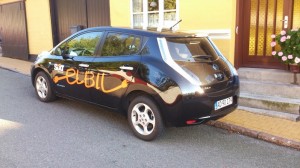 Arriving at this year’s ECO ISLANDS conference, held on the Danish Island of Bornholm, I wasn’t expecting it to feel like a Transition meeting. I was attending the conference to discuss things related to my day job – pollution taxes. I was delighted as the conference progressed to discover that many islands around the world are going through their own transition process, even if most of them hadn’t heard of Transition Towns. ECO ISLANDS is a network of Islands that have stated that they are aiming toward sustainability, by signing something called the Accord, a statement of intent that over 50 islands have already signed.

There is something special about islands.

Firstly, there is no wondering on what scale to work on – something my own Transition group in the suburbs of Stockholm has been wondering about. You have the shoreline and then you have the sea. Furthermore, the closed loop of flows into out of and around the island are far more tangible. Islands have all the problems of the nation they belong to – plus more of their own – like transport to the mainland. The Island of Bornholm with its 40,000 inhabitants represents a Denmark in miniature. With just 1% of the Danish population, it has a higher level of unemployment and its young people are leaving so it risks depopulation too. There are, though, the plus sides: islands invite you to dream about getting away from it all, offering a space that is disconnected to your daily life where you can dream, dream of a better life. You may not live on an island but an island can still house your imagination! Islands too, because they offer a limited context, paradoxically invite creativity – finding ways to make do with what you have.

One thing that you can say about most of the Islands represented: they take energy descent planning seriously. There is a lot of inspiration to gain from listening to the stories about renewable energy planning from the Danish island Samsö, the Scottish island of Eigg as well as that of our host Island, Bornholm. In the case of Samsö, and I am going just from my notes here, the transition to wind power was a project started by three guys. At least one of them was only involved because he thought it would mean good business for the island. They went ahead and created a plan to enter a competition for governmental grants for wind energy and submitted it without speaking to the others. The rest of the island got on board and now the island is a net exporter of energy. The island of Eigg was different; they had no continuous electricity supply. They decided in 1997 on a mixture including wind and solar in a kind of smart grid. They also decided on a cap of 5kw. for domestic use. If your household goes over that you are disconnected and you have to pay a 20 pound fee to get back on. This is about using electricity but not all appliances at the same time! In the case of Bornholm, a group got onto a boat and toured the island discussing what their vision for the future might be. They came up with the idea of the “Bright Green Island” where renewable energy was a cornerstone. The islands all still have some fossil fuel back-up, but overall the major percentage of electricity comes from renewables. They serve as a wonderful source of inspiration. If they can do it, the mainland can do it too. And the islands are playing to their strengths. Samsö has created an energy academy to spread the word that energy transition is possible.

Sense of identity and common vision

Reminiscent of what I have learnt from the Transition movement was the recurring talk of the importance of shared vision and shared identity: for example, Bornholm’s vision of Bright Green Island has most of the islanders behind it. And of course shared vision contains a shared local identity, discovering what is unique about the place and working with that. Beaming over to Iceland we heard an amazing story of the blue potatoes that grow on the island. Apparently the original potatoes washed up on shore from a shipwreck. Local farmers planted them and saw they were blue, the colour coming from a protein in the potato. A development project discovered another source of nutrition, the seaweed that is available just off the coast. Nowadays you can buy a nutritious snack made just from these blue potatoes and algae. This is a wonderful example of the creativity coming out of restrictions. While we are on the subject of stories: one of the lessons from the islands represented is the importance of introducing a culture of no bad stories. In the development of the Islands keeping a positive spirit alive outside the projects was seen to be vital.

Bornholm wanted to have the latest in technology, but had no idea about how to find it. Early on they decided to open the island to be used as a test bed for sustainable technology. Shortly thereafter they were contacted by a Hong Kong firm that had read about them while looking for a way to test their electric vehicles. A myriad of new, sharing based business models has emerged, reminding me of the power of the Reconomy project. One is the EIGG islander’s car club, not for cars on the island itself but for when they get onto the mainland. Car club membership means they are able to use a car just when they need it, to go to nearby towns, for shopping etc, at a competitive price. And being in a car club doesn’t necessarily mean you need a fossil fuel car: on Bornholm the original test of electric vehicles resulted in a very convenient electric car scheme. You get an sms text message with a code, you use the code to open the car and off you you drive. They have 10 electric cars on the island and more are on order to keep up with demand. Finding new business models that cut out middleman is also essential if the renewable economy is to offer something compelling over that offered by the fossil economy. The fishermen in Bornholm have taken to using text messaging in a smart way: when they are on their way back to harbour they message customers who have signed up for the service with a time of arrival and the kind of fish they have caught! You can ‘t get fresher than that!

On an island leakage of money from the economy is much easier to grasp, especially if, like Bornholm, the Island is a separate municipality with its own statistics collection. In 2005, before the renewable energy programme, the island spent 65 million Euro on energy. Now in 2013, with 80% of the energy being from renewables originating from the island, a potential 350 jobs have been created. The Island also spent 65 million Euro on food in 2005 Again, by having just 25% of that food local you create 100 local jobs. So there you have it, a lot to learn from islands – creating a vision, focussing on identity, energy descent planning and some canny business model development. What I also take away with me is the creativity that comes from using what you have. As a next practical step for me, I think I might try and organise a round the city district walk with my local transition group This is just the first blog from a meeting jam-packed with insight and good examples, I aim to return to blog about it soon. Like all encounters with islands, as you leave you find yourself thinking about your return.

My planned presentation: (There was not room for me on the schedule, but you can read about phosphorous and how to create the circular economy using a fee system developed by the Nordic Council of Ministers.)