Is Swedish Government in control over the country’s energy future?

From figures released recently by the International Energy Agency it looks as if the Swedish government has abandoned any control over the future supply of energy to the country. I hope I am wrong, but I find no comfort in the combination of signals in the media, from experts and from the government information.
At first the figures seem to reveal that Sweden is on the right path: a gradual reduction in fossil fuel use or at least reaching a plateau. It is not until you dig deeper into fuel use that the pattern emerges.
The period 2013 to 2030 is strategically important as the stated government strategy is that Sweden will break fossil fuel dependency by 2030 and be fossil-fuel free by 2050. With a 17-year life time of fossil-fuel powered vehicles, you would expect that next year vehicles that do not run on fossil fuels would be available, or alternative fuels for the existing vehicle fleet would be planned.
That does not seem to be the case. Neither alternative- fuelled vehicles nor large production of renewable fuel seems to be planned. Vehicles sold today will be worthless if there is neither fossil nor renewable fuel to power them. This means that Sweden is on course for a serious dip in its economy if the vital transport sector cannot grow. Sweden’s economy is dependent on cheap energy because the country, sparsely populated and the fourth largest in Europe, has modernised its logistics chains to rely on long-distance transport of goods and long-distance commuting.
In this diagram below from IAEA, the projection for oil remains constant from 2013 to 2030. So it would seem that Sweden is dampening its appetite for fossil fuel and weaning itself off dependency on it. 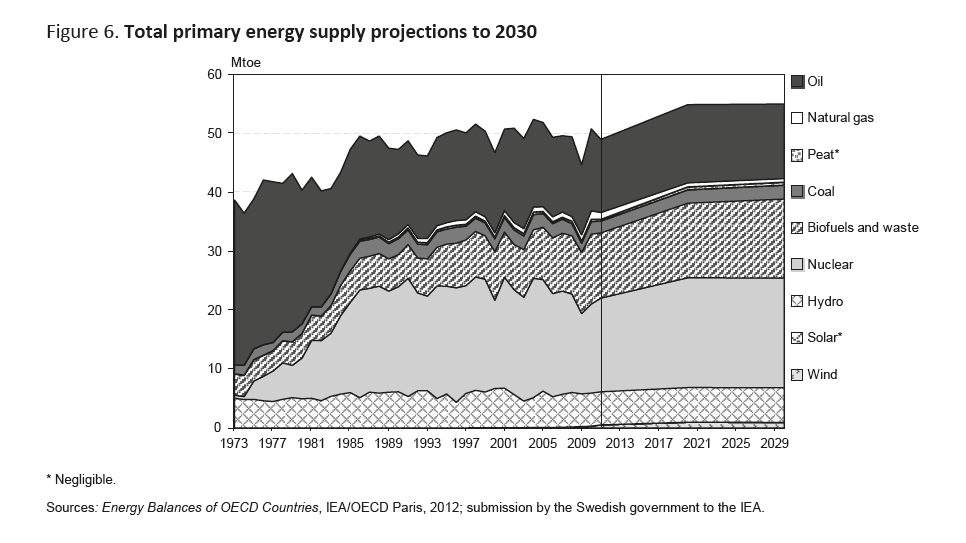 However, the demand for fossil fuels, and the dependency on fossil fuels is actually growing. This graph here from the blogger Cornucopia shows how fuel use (shaded area)  and GDP (solid line) have  grown hand in hand since. It is the reduction in use of oil in industry that accounts for the overall reduction.. 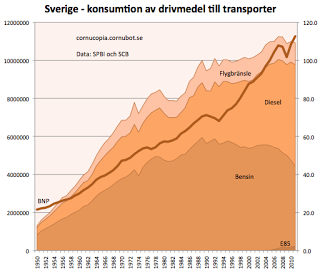 So, despite touting Sweden as a fossil-fuel independent county by 2030 the government is leading the nation into continued oil dependency. There is another reason why this can end badly: it is unclear where Swedens oil will come from up to 2030. Sweden has three major suppliers of oil: Denmark, Norway and Russia. As shown in the graph below, Denmark will cease to export oil 2018-2019. Norway’s exports will cease toward the end of the period. Several experts doubt if Russia will be able to increase supplies to satisfy all three countries. 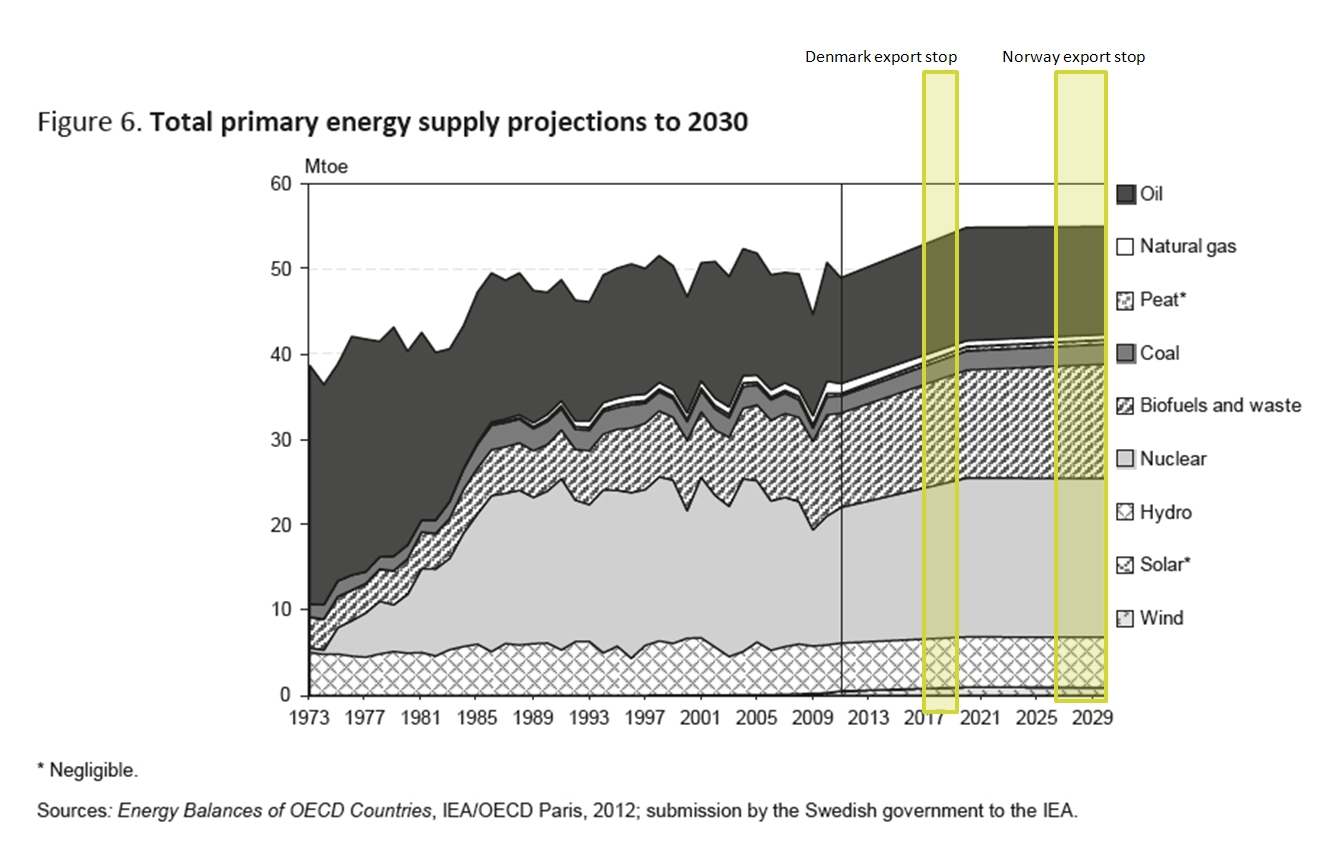 It looks as if Sweden’s transport system, along with its economic growth, will slow down during the coming period. And the Government, along with the Swedish Energy Agency, looks to be standing by and letting it happen. With long cold winters and  temperatures going down to -14 C in the south and -40 C in the North one can wonder how they plan to keep people warm and fed without a functioning fossil – fuelled transport system. Even the hydro .electrics and nuclear power plants rely on maintenance vehicles that run on fossil fuel.

1 thought on “Is Swedish Government in control over the country’s energy future?”